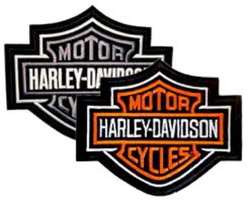 Buying a larger ticket item like a motorcycle requires some planning, research, negotiation and compromise. Trading in one motorcycle for another adds a second layer of complexity to the process. In the end my goal was to make a decision that I could easily live with over time. That means no "I should have..." and no "Buyer's remorse..." That's the worst!

This is my story. A review, if you will, of the process I followed on my quest to decide whether to buy or not to buy.
Late 2010, when snow covered the ground I had this urging to visit a several Harley Davidson dealers in my area. I wanted to find out if might make sense for me to trade for a newer bike or continue riding my 2009 Electra Glide Ultra that had just over 25,000 miles of fantastic touring enjoyment. I visited several dealerships and found they all had nice people available and willing to show me the various Harley Davidson touring bikes, answer my questions and in general talk about the advantages of doing business at that dealership.
When I started to move to the next level to discuss trade-in, pricing and options... that's where the noticeable difference in dealerships became much more apparent.

I visited five HD dealerships several times during December 2010, January and February 2011. I enjoyed meeting and visiting with the sales staff at each dealership. They were all friendly and helpful.
I know this kind of shopping might be too lengthy of a process for some people, but this just happens to be my style when buying an item that will cost me more than $1000.00!
Because I enjoyed visiting all the Harley Davidson Dealers, the extra time it took to work through my shopping process was enjoyable. When shopping I try to avoid my own urge to rush the process.
About half way through this process I started focusing on a Harley Davidson model I had not considered back in December. Why?  Because asking questions and listening is the best way to learn something new, right?  I listened to each sales person carefully and allowed them to do their job. Their job is to help me find the bike that I will be happy with long after signing on the dotted line and riding my first one hundred miles. Gaining that additional information helped me make a better decision.
By the end of January I was down to two dealers and had proceeded forward into some serious negotiations with each one. I now knew exactly which model I wanted. I had reviewed the options and costs very carefully and I was ready to make a deal if the right opportunity presented itself.
Knowing what you want and being ready to act are key in my option. 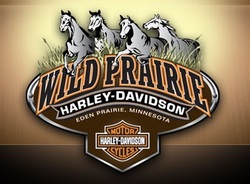 In the end it was Sid Larson and Dale Schneider at Wild Prairie HD that made it happen.
I had a number of visits with Sid at the dealership and over the phone. Sid was at the dealership on HOG night in February and I started visiting with him after the meeting. We were standing near a 2011 CVO Road Glide Ultra. At the time I had narrowed my search to a Road Glide, I just could not decide whether to go for the Road Glide Ultra or seriously consider the CVO Road Glide Ultra.
A number of Wild Prairie customers were looking over the 2011 CVO Road Glide Ultra and identifying all the cool options of that bike and talking about why they felt it was such a special motorcycle. For the first time I took more that causal look at the CVO Road Glide. The one of the showroom floor they were talking about was a painted in a Black Slate & Black Twilight with Quartzite Graphics. Wow, what a machine! This Screamin' Eagle comes with several cutting-edge features, including a GPS unit, XM Satellite Radio, an iPod, a hand-painted body, 110 cubic-inch engine and lots of Chrome. It really did have some attractive features and it looked sharp.

They Were Willing to Work With Me... 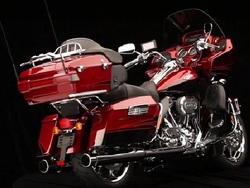 Several days later I was working with Sid to see if we could make a deal on a Rio Red Screamin' Eagle Road Glide! Dale joined in the conversation a couple of times, as we talked about options, the exhaust system and my trade-in and the cost of an extended warranty. Through the entire process Dale and Sid made it clear that they wanted me as a customer and they would do their best to make that happen for me. The discussion was always positive and I felt we were moving very close to an agreement.
In short, Wild Prairie was willing to work with me, hear my side of the story and consider several different ways to get the deal done. In the end, I felt satisfied that I had received a fair deal from Wild Prairie Harley Davidson.  We were both willing to compromise to complete the deal.

Dale and Sid, certainly could have thrown in the towel early on when we were nowhere close to a deal. At the beginning I was just a "potential customer" patiently considering options. Through the entire process Sid and Dale at Wild Prairie Harley Davidson continued to work with me. I was never pressured or felt intimidated by the staff at Wild Prairie. Every time I stopped at the dealership it was always about helping me and not about selling me something.

After agreeing to a final price and yet still a bit skeptical, I cautiously watched and waited for the "oh, by the way, we have to add on some $$$ because..."  That never happened! I reviewed the paperwork and signed the purchase agreement. The final price and the cost of the extra options we agreed to verbally, in Sid's office, were spelled out specifically and correctly on the purchase agreement. Days later we found out the tour pack had to be adjusted. Sid simply said, "We will take care of it for you." Wow, that is "Exceptional Service" in my option. 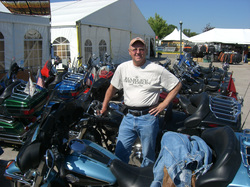 Wild Prairie has gained a new loyal customer. I will continue to shop there and encourage others to check out Wild Prairie if they are considering buying a Harley Davidson motorcycle or just looking to buy a cool T-shirt.

If you stop in at Wild Prairie and Sid Larson is not around I would suggest you see if David Reid is available. I have become friends with both Sid, Dale and David and I feel certain you will receive the same kind of outstanding help and service that I have received. Whether you buy something or not, you can be sure you will get a smile and a hand shake from these guys every time you visit the dealership.

If you visit Wild Prairie, please share your experience at Wild Prairie with me.
You can e-mail me at lwalberts@gmail.com

"Take Time to Ride a Harley"